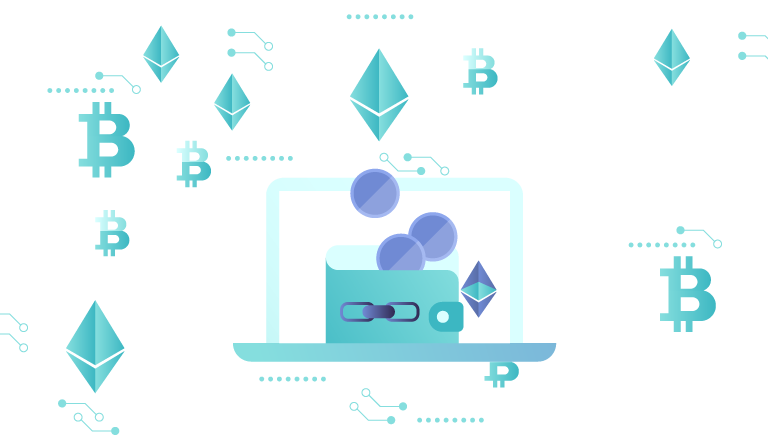 How Blockchain technology is evolving

Blockchain is evolving into a more mainstream technology, and therefore the marketplace for the technology is growing rapidly. In 2017, the global technology market for blockchain was $339.5m. By 2021, this market is projected to grow to $2.3bn It is clear many individuals and organizations from different fields are now looking at applications for blockchain. Of course, banking appears to be the primary major industry investing heavily in blockchain. But, as we are seeing, everyone from Microsoft to academia is exploring the technology’s potential, and its implications to disrupt their industries. As blockchain becomes the “invisible fabric” underlying online activities, it’s important to ask how it might solve existing cybersecurity problems-or even create new avenues for attack.

First Generation:
The first blockchain was conceptualized in 2008 by an anonymous person or group referred to as Satoshi Nakamoto. The concept and technicalities are described in an accessible white paper, termed “Bitcoin: A Peer-to-Peer Electronic Cash System.” These ideas were then first implemented in 2009 as a core component supporting bitcoin where it is the general public ledger for all transactions.

It was only later that we came to separate the concept of the blockchain from that of its specific implementation as a currency in bitcoin. We came to see that the underlying technology had a more general application beyond digital currencies in its capacity to function as a distributed ledger tracking and recording the exchange of any form of value. The bitcoin design has been the inspiration for other applications and has played a crucial role as a comparatively large scale proof of concept.

Second Generation:
This was made technically possible by the development of the Ethereum platform. It provides a decentralized Turing-complete virtual machine, which may execute computer programs employing a global network of nodes.

Ethereum was initially described in a white paper by Vitalik Buterin, in late 2013 to build decentralized applications. The system went live on 30 July 2015 and has been very successful in attracting a large and dedicated community of developers, supporters, and enterprises. The important contribution of Ethereum because the second generation of blockchains is that it worked to increase the capacity of the technology from primarily being a database supporting bitcoin to becoming more of a general platform for running decentralized applications and smart contracts, both of which we will discuss more in coming modules.

As of 2018 Ethereum is the largest and most popular platform for building distributed applications on, many different types of applications have been built on it, from social networks to identify systems to prediction markets and lots of sorts of financial applications. Ethereum has been a major step forward and with its advent, it has become ever more apparent where we are heading with the technology, which is the development of a globally distributed computer, a massive globally distributed cloud computing platform upon which we can run any application at scale and speed, with the assurance that it has the security, resilience, and trustworthiness of today’s blockchains.

However, the prevailing solutions that we’ve been like extremely inefficient computers, the prevailing blockchain infrastructure are sort of a really bad computer that’s unable to try too much except proofs of concepts. Getting to the next level remains still a huge challenge that involves some original and difficult computer science, game theory, and mathematical challenges. Scalability remains at the heart of the current stage in the journey that we are on and this is what the third generation of blockchain technologies are trying to solve.

Current Constraints:
The mining required to support the Bitcoin network currently consumes more energy than many small nations being equal to that of Denmark and costing over 1.5 billion dollars a year in electricity. This high energy consumption is simply not scalable to mass adoption.
The problem is, it’s difficult to preserve this balance while also growing the number of users. This is a cumbersome task, especially since the total number of transactions is increasing approximately every 10–12 seconds with each new block.
With cryptocurrency, speed is measured by TPS transactions per second.
Another issue is that of cost, the fact that it cost some small amount to run the network to pay the minors for maintaining the ledger. What we have is OK for a limited number of large transactions such as sending money, but making a small transaction like purchasing a coffee could not be done by most blockchains. They simply cannot in their existing form deal with a very large amount of micro-transactions such as would be required to enable high volume machine to machine exchanges, it would prove too expensive to operate these kinds of economies that involve many small exchanges.

Third Generation:
In response to these constraints, the third generation of blockchain networks is currently under development. Going into the details of how these different networks work is a bit advanced for this course so we will just give a very brief overview.
Lightning Network is a project that seeks to extend the capacities of existing blockchains. The main idea is that a small and nonsignificant transaction doesn’t have to be stored on the main blockchain. It works by creating small communities wherein transactions can take place without those being registered on the main blockchain. A payment channel is opened between a group of people with the funds being frozen on the main blockchain, those members can then transact with each other using their private keys to validate transactions. This is a bit like having a tab with a shop, where you just mark down what you have exchanged so that you don’t have to update the main record in the bank each time you make a purchase, the record stays local before at some time setting the finances and updating the main bank records.
This only requires two transactions on the main blockchain, one to open the transaction channel and one to close its, all other transactions happen just within that network without it being registered on the main blockchain. This both reduces the workload on the main blockchain and makes it possible to have a very many very fast transactions within the subnetwork. As of the start of 2018, there is a proof-of-concept running live on the bitcoin testnet but the system will not be fully operational until later in the year.
IOTA is another example. Whereas existing blockchains are sequential chains where blocks are added in regular linear chronological order the IOTA data structure can achieve high transaction throughput by parallelizing validation, the data structure is more like a network rather than a linear chain wherein processing can take place alongside each other.
The other big difference is that there are not specialized minors in this network, every node that uses the network functions as a minor, in the IOTA network every node making a transaction also actively participates in forming the consensus, that is to say, doing the mining. This means there is no centralization of mining within the network which is what creates bottlenecks and uses lots of energy, likewise, there are no transaction fees for validation and with IOTA because it is more user-generated the more people that use the network the faster it becomes, which is the opposite of existing systems.

Conclusion
There are lots of other possible approaches but sufficed to say that blockchain should be understood as an emerging technology whose existing implementation is like a large-scale proof of concept running on a very inefficient system, but through lots of experimentation and iteration will hopefully in the coming years evolve into this globally distributed computer. As Melanie Swan writes in her book Blockchain a blueprint for a new economy “First, there were the mainframe and PC (personal computer) paradigms, and then the Internet revolutionized everything. Mobile and social networking was the most recent paradigm.
To understand this better in the next section we are going to talk about the blockchain in the context of the broader technological changes that are currently underway as we built the next generation of the internet, what we call the decentralized web or web 3.0 How we understand the blockchain and where we are with it today is extremely transitory, in this respect what we are talking about in this course when we talk about the blockchain is this emerging IT infrastructure for a distributed global cloud computing. What we call the blockchain today is just a very limited and often very inefficient version of this, we still have many very difficult problems to solve before we get there. Possibly that end state will look something like the blockchain of today but possibly it will look very different.